John Downing started his career serving a 5-year apprenticeship in the darkroom of the Daily Mail. He went on to become the Chief Photographer of the Daily Express. He aimed to improve the quality of newspaper photography; in this pursuit, he founded the Press Photographers’ Association, which incorporated all the broadsheets, tabloids and news agencies. His own particular signature was the use of natural light.

In his photographic career, John covered most major wars, including Vietnam, East Pakistan/Bangladesh, Rhodesia, Beirut, Iraq, Somalia, Rwanda, Croatia, and over a dozen visits to Bosnia. He lived rough for many weeks with Guerrilla fighters in Sudan, Nicaragua, and three times in Afghanistan. He was beaten and imprisoned in Uganda under Idi Amin’s regime, in what the Daily Express described on its front-page headline as, ‘World exclusive pictures taken inside the black hole of Kampala.’ He was also present inside the Grand Hotel, Brighton, when the IRA bombers attacked Margaret Thatcher, resulting in further world exclusive photographs.

John Downing resigned from the Daily Express in 2001 and freelanced for the next 5 years with the Sunday Telegraph.

John Downing is a trustee of The Ian Parry Scholarship. In 2001, he received a Lifetime Achievement Award from the Picture Editors Guild and in 1992 he was honoured with an MBE for ‘Services to journalism.’ 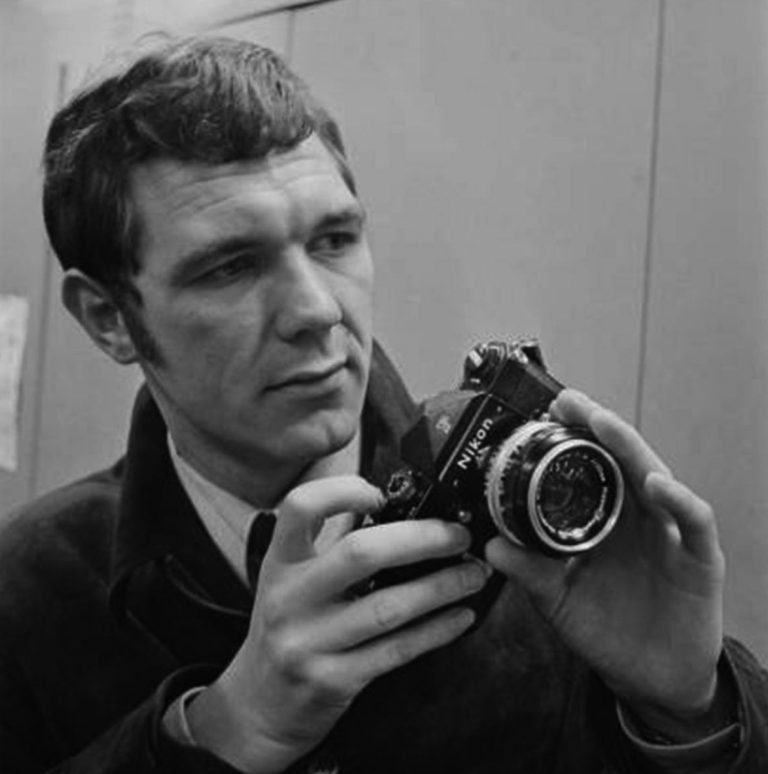