Terry Fincher (1931 – 2008) won the British Press Photographer of the Year no fewer than four times during his illustrious career.

He started work as an apprentice to an electrician but envied those working for the newspapers and agencies in and around Fleet Street so abandoned that job to become a messenger for the famous press agency Keystone Press.

Fincher began his career in 1945 as a messenger boy at 14, he embarked on his first foreign assignments in 1954. The turning point of his career came in 1956 when the Suez crisis in Egypt established Terry as one of the leading photojournalists of his day. A year later a portfolio of Terry’s images would win the British Photographer of the Year award – the youngest person ever to do so at the time.

In late 1957 Terry joined the Daily Herald then in ’61 he left to work for the Daily Express, his reputation as a gifted photojournalist already assured by his Suez images. His worldwide travels took him to Nigeria, India, Biafra, Israel and Vietnam.

His image of the tears of a black soldier on board a helicopter carrying dead US marines – taken at Hue in 1968 – would later win him yet another Press Photographer of the Year Award. Also among this collection is this picture taken inside a US casualty station in Hue and shows another side of war. Illuminated only by candlelight, a priest, Father Eli, is seen surrounded by the detritus of war, body bags, stretchers, rounds of live ammunition are scattered all over the floor, blood-soaked helmets and flak jackets, the scene is, in Terry’s words, “reminiscent of a Rembrandt painting…” and leaves a lasting impression on the viewer. A moment of tranquillity and faith in a greater power amid the death and destruction raging outside’’.

In April 1968, he shared nights and days in a trench with US photographer Larry Burrows on Hill Timothy, held by the US army. After a night when several soldiers were killed by incoming artillery fire from the nearby Hill Tom, the two photographers decided to dig a trench near the command bunker. Another uncomfortable night ensued as they realised, amid the shelling and rain, that the trench was too short, narrow and shallow.

When they awoke, there were dead bodies all around, waiting to be lifted out for burial. Terry wanted to be at home with his family, and deliberated, as the helicopters came in, whether it was time to get out, but he did not move. That day he and Burrows dug the trench deeper, longer and wider, put up shelves for their cameras, pulled ground sheets across the trench to keep out the rain and put up a sign – Hotel Timothy Press Centre.

In the evening an army padre joined them. They talked about how they did not leave an assignment until it was finished. “You don’t take the easy way out,” said Terry. Larry agreed that this was so. They understood the code. That night the shelling was heavier and the night darker. In the morning Terry asked his comrade what they should do that day. Burrows looked up at the dark sky. “Exposure one second at f2.8,” he said.

Vietnam left a lasting impression on Terry and he returned emotionally and physically drained though this did not stop him covering the anti-war demonstrations in Grosvenor Square. Amazingly he began his second tour less than six months later and returned five times – until the final days of the war in 1975. 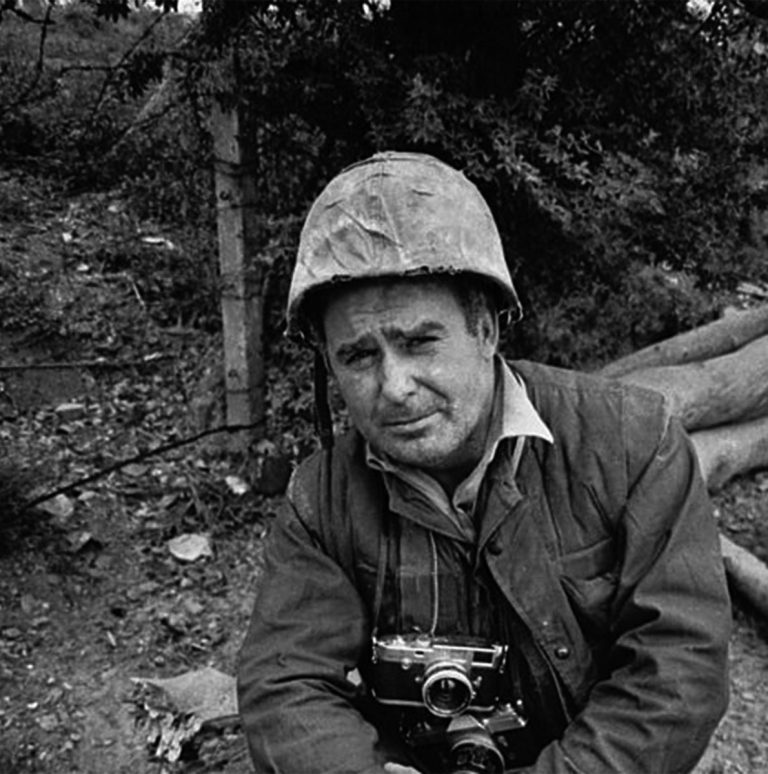